All Man City fans around the World are celebrating their team winning the English Premier League. Etisalat has even made a fun celebration video of fans in the stadium, in the streets, and in the pubs singing their own football version of 'If You're Happy and You Know it'. Etisalat asked me to provide my football commentator voice and they used it at the start and the end of the video (watch it). For someone who doesn't watch any football, I do enjoy a lot of work as a football commentator voiceover... I've done lots this voice for big brands, such as Netflix's iBoy show and ITV's Play to the Whistle show. 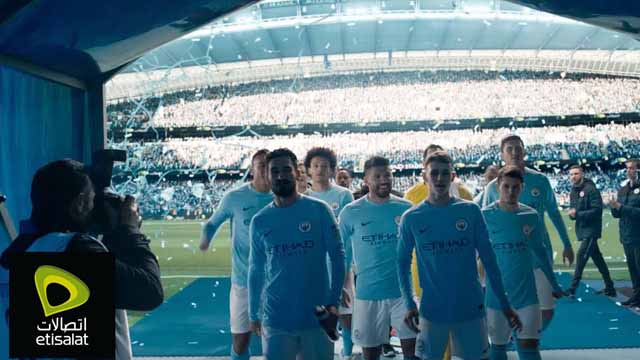 Etisalat is a mobile telecommunication company based in Abu Dhabi, in the UAE. Rather fittingly for a telecoms company, Etisalat focuses on connecting people of all countries and it operates in 16 countries in Asia, Africa, and the Middle East. In fact, Etisalat is growing at a huge rate and is now the 14th largest mobile phone network in the entire world. And, given that the English Premier League is the biggest football league in the World, it makes sense that Etisalat would want to make a video about it!

If you're working on a commercial video or perhaps an explainer video and you need a football commentator voice similar to this one I provided for Etisalat, then please don't hesitate to get in touch. And to make things even easier for you, I'm more than happy to send over a free sample of your script to help you figure out whether I'm a good fit for your video. And, as I have my own studio, I can almost always get my voiceover to you on the same day you ask for it. It's that quick!