I've only every performed in Pantomime and that was as King Crumble in Jack and the Beanstalk at the Reading Hexagon, many years ago with the late great Keith Chegwin. However the 6 week experience was enough to leave Pantomime firmly in my heart.
Although I never played the Dame in the show I'm quite at home emulating the character for you and your advert or project. 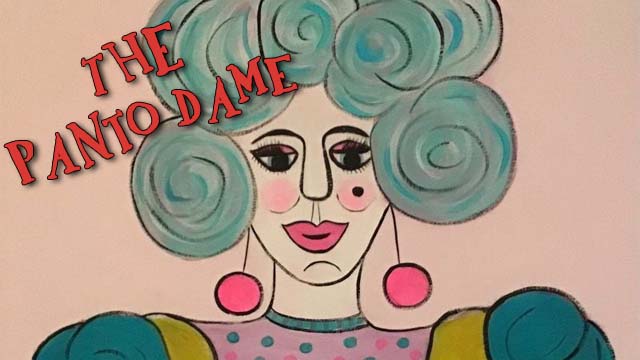 What is the Pantomime Dame?

Traditionally, the pantomime dame is a role in a British pantomime. A staple part of British life. More so at Christmas.
The dame is the portrayal of female characters by male actors in drag. They are often played in an over the top camp style, or by men acting butch in women's clothing for example Cinderella's ugly sisters. The voice can be either be very camp or gruff. I do both! Oooo, saucy!

How to get your Pantomime Dame

It's very easy to get me! Thats what she said!
Use the contact form here on the page and drop me a line.
Let me know know how and where it's to be used to work out the best price for you.
The audio will be delivered the same day as a broadcast quality WAV file ready to work with.