I'd worked with Team 17 Digital previously on the WORMS franchise voicing lots of Worms and the Worms WMD trailer. This time they were collaborating with Mould Toof Studios on The Escapists. Would I like to voice the trailer? But of course! Can you give us a nasty cockney voice? Yes, I think I can. I like my cockney voice, and it's only an accident that it sounds more than a little like Ray Winston! It's great to see a wave of games using Sprites again. It reminds me of my days growing up with my ZX Spectrum computer. Sitting playing Manic Miner and Jet Set Willy for hours on end. I love voicing game trailers; if you'd like to hear a couple more of my game trailers, check out Warwings and Seigecraft trailers! 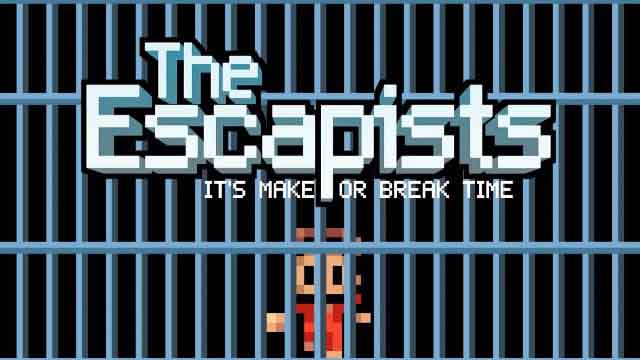 I seem to be carving out nice niche for voicing Game Trailers. Lots of incredible production companies are using my characters and Movie Trailer voice to add to the production. I respect the time an effort that goes in to making them so it's a pleasure to be the final touch on the project. The Escapists provides players the opportunity of experiencing a light-hearted insight into everyday prison life with the main objective being that of escaping! The Escapists is available on Steam. Click Here to get more information and download it.

If your looking for a voice similar to The Escapists Game Trailer voiceover, or something else from my range of characters, then please get in touch. I'm always more than happy to send a short voice a sample first to see if I'm right for your project.