A versatile and credible voice over artist based in the UK, working with brands and production companies worldwide. Professional, with same-day delivery.

Guy Harris is a British voiceover artist and one of the UK’s most in-demand voice talants in the industry. Guy is a flexible, professional voiceover artist who has worked with many of the world's biggest brands, including Apple, Disney, and Minecraft, to name only a few. Guy Harris has won the VOX Award for best male voice over multiple times and has been a finalist for three other SOVAS Voice Arts Awards in Hollywood. Guy has a range of explainer videos, commercials, and a very popular Santa voice. Find out which other voices Guy has from the dropdown menu above.
Guy ensures that his British voicover service is as easy and fast as possible, offering fast delivery of wavs or MP3s; in fact, you can usually expect to receive Guy's voiceover work on the same day you request it. With 19 years as a professional voice-over artist in the UK, Guy Harris has the experience required (and a state-of-the-art voiceover recording studio). If you'd like to work with Guy, please feel free to get in touch whenever you like. To make it even easier for you, Guy will be happy to provide a free voiceover sample from your script. 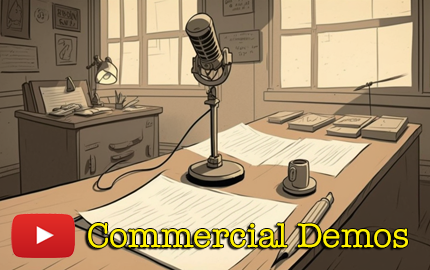 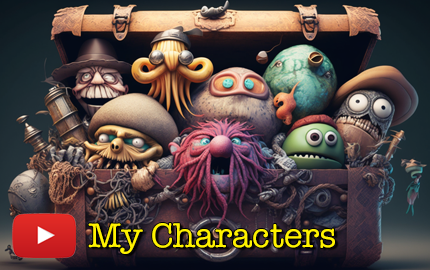 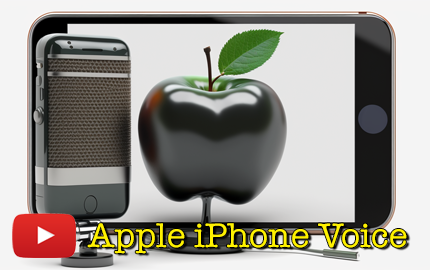 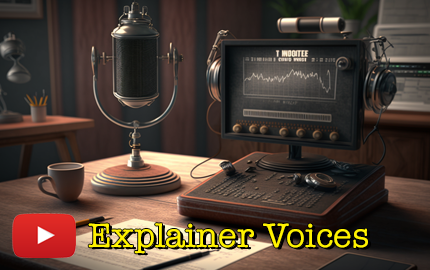 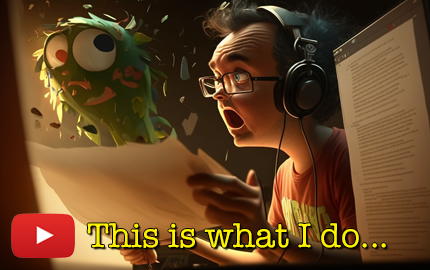 Well? This is what i do 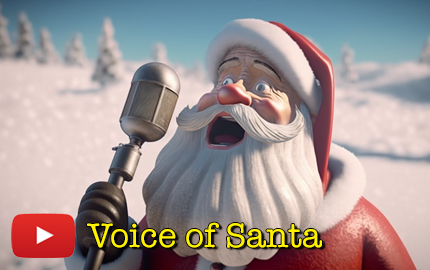 * Problem with your Sony Playstation? Calling Sony Playstation support you'll hear me give you the options. Hello!
* You may have heard David Attenborough narrating Love Island on Good morning Britain? Ah yes, that will be me.
* Launching Piers Morgan into space on Good Morning Britain. I was the NASA Countdown Voice.
* Stepping into Poundland this Summer? You may have been served by Yoda? Mmm, me it is. Yes.
* For Valentines Poundland had me voice the tills in a sultry deep voice for a bit of a Love-In.
* Excited to be working with FORD on a campaign for the F-Max Trucks. A short piece but nice exposure around Europe.
* Also on the Television Harrington's Pet Foods have the dog running around and me voicing the advert in a quirky style.
* I do like to get out my Movie Trailer Voice and more so when it's mixed well, like this by Little Monster Media.
* Currently on 4Music on the Telly, it's me doing the IDMobile ID's including the characters voices too.
* Lending Crowd were looking for a Patrick Stewart style voiceover. I love this style. So here it is, my Lending Crowd voiceover.
* I shop at Morrison's, so to voice their Wonky Range in a Cockney voice was a lot of fun.
* Voiced over a year ago, I found out on Twitter that Becca's Bunch is now Live on Nickelodeon.
* At the start of the NFL a promo ran in the style of Attenborough for player Tyreek Hill. I was proud to be THAT voice.

* Back at Poundland for Christmas 2018, the voice of the tills was Santa. Who was the voice?.
* During the World Cup 2018, I was busy with my Football Commentator Voice. Then a job for Snickers?. He Shoots! He scores!!!
* In 2018 I became the voice of the walking guide at the Jersey War Tunnels. Pick up the handset and I'll tell you all about them.
* David Attenborough voice? Kantega's Mysterious Life of Developers had over 2 million views in 2 days, when Uni Lad shared it.
* I was asked to be Chris Evans, BBC Radio 2 Serious Rockin on his show on Friday mornings, I said "I'm serious, I'm Rocking and I'm in!"
* More football commentator voices. This time for Etisalat in the UAE. I've hit the back of the net this year using this style.
* Always exciting to voice globally. Especially when viewed by powerful Sheiks and the Dubai Government for the Dubai Advantage.
* Although based in Yorkshire, I became the station voice of BBC Radio Essex. Do you listen? Yes it's me!
* A two-ad campaign for Mada Masr looking at Micropolitics in the workplace. Here is Suzy's Beauty Salon.
* Even Vintage TV had me help them for Christmas with Santa voicing some of their imaging.
* No escape at Christmas! Another 2 tv adverts voiced for Megableu, Tumball and Beat the Flush.
* You'll still hear me with Verne Troy on the BGO.com adverts on the tv.
* A pleasure to be back for the Pure Beauty Awards 2017 as the official voice of god at the event.
* Another lovely job using my David Attenborough impression. This time for Industry Nine's Supper club promo.
* In demand for TV advert voiceovers, I'm Tour Boy! Phil Collins, Rob Brydon and Bill Bailey's TV commercials.
* Anglian Home Improvements have me on a national campaign for their scrappage scheme on TV.
* Following Mecca, Luda now have me as the voice in their Bingo venues to let people know whats happening and when.

* Stepping into Poundland this Halloween? Did you hear Dracula at the self service till? Oops.. Think you'll find it's me.
* You might have seen this on TV a few times, I keep getting asked if it's me. War Wings the game trailer voice was me.
* Adding to the huge amount of Kids Toys TV adverts, look and listen out for Bugs in the Kitchen on the telly.
* Great to have provided a soft natural voiceover for this prom for Opel. The Future is Everyone's.
* Another Attenborough soundalike this time for The British Lions vs Nz All Blacks running on SKY in New Zealand.
* I provided a quirky irreverent voice for the Compare my Wedding.com Explainer video
* My daughter decided to not let me deliver a job for Wickes recently. Don't take your daughter to work!
* Another soft male voice needed for ForgeRock's GDPR explainer video.
* Mentos had an on pack promotion to win some great prizes, called Me & You. Oh, I was the voice.
* The voice over for Diary of a Wimpy Kid promos on Nickelodeon.
* A nice natural voiceover for Mini Living 'Breathe'. I even said Salone del Mobile de Milán with credibility.
* The quirky voice on Meet the Johnsons for Experian.
* I can be found grabbing my stomach in pain for Buscopan in the UAE.
* Busy Things, home of online curriculum-linked, fun educational activities asked me to voice the brand explainer videos.
* Finally SPAM we can all Love! Check out their viral film.
* Need a New York Gangster voice? Now heard on the national Frankie & Benny's radio commercials.

* BBC Radio 1 Bank Holiday Sale promo for the Easter Weekend.
* Yes, it's me. On TV for the Todd Doors voiceover.
* Listen out for myself and football legend Stuart Pearce on the Betfred Radio & TV VOD ads again this month.
* Really enjoyed being directed on this radio campaign for Otrivin. Turned out nice I thought,
* Following my Biffa Attenborough film last year I was back working with the team again. Certainly not a load of rubbish!
* As featured, all be it briefly on Channel 4's The Last Leg with my David Attenborough impression.
* You might have heard BBC Radio 1's Big weekend trail for 2017. Yup, that was me.
* Another bunch of Episodes voiced for Becca's Bunch during March. I play Rocky. More soon.
* IGT, the web's portal for video games had me Attenborough up Horizon Zero Dawn. So much fun.
* The voice of Kabee radio ads in London. Check them out.
* Rolls Royce booked me to explain a few things to their accounting staff. Via a nice video of course.
* Vauxhall rolled out a nice radio campaign nationwide and saying yes to tagging 50+ commercials was an easy decision.
* I recorded more shows for The Mr Men at Butlins. If you do go and watch it, listen out for that narrator.
* The staff training modules for KIA had me back to voice some of the highlights of their amazing cars again.

* I can happily add Maserati cars to my client list this month.
* Voicing a large number of videos for FIFA during February. Quite a task for a non football person
* The promo voice for Play to the Whistle on ITV to promote series 2
* Blink and you'll miss it but I'm the football commentator voice in iBoy on Netflix.
* Mecca Bingo needed a Pirate voice. A new game coming soon to a venue near you.
* Was asked to be the pitch voice of a show for Comic Relief. Great new client.
* The Jersey War Tunnels are introducing audio guides soon. Guess who is the voice?

* Listen out for the voice of Cupid at ITISON Drive-in Movies in February
* Paultons Park and Peppa Pig World chose me for the national campaign this year.
* Now working with the Mr Men and Butlins as the narrator for the shows.
* Looking forward to voicing more episodes for Becca's Bunch on Nickelodeon.
* Listen out for my voice on 8 out of 10 Cats does Countdown on Channel 4 this month too.

* The voice over news page is updated with an awesome Voice of Santa showreel
* GoJetters now on CBeebies and iPlayer features, my Santa voice.
* Now the voice of Snap On tools on hold.
* Adding to this years list, I'm now the Voice of Santa for BBC Radio 2 and Radio X
* Gas Safe asked me to help them out with Santa's voice this year too.
* Look out for another Kid Toy TV commercial - Sick Bricks.
* Now Santa for the Heart radio network, 6 Music, CH4 Dubai and Radio 1 for the 5th year.

*Helping out Good Morning America with some liners Halloween Voice overs.
*Providing the Halloween voice for Wilko's national radio campaign. The mix sounded awesome!
*Provided Spooky voices for the Heart Radio Network. I do get to work with some great producers.
*Video Game trailer voice over for The Walking Dead and War Friends. Deep movie voice style.
*Working with Smyths Toys and Marvel for the Spiderman and super heroes TV commercials.
*A fun job working with the BBC iWonder team on a video all about 3D printing. Superb animation.
*Look out online for the explainer videos for Bank Sohar in Oman. A nice natural voice read.
*David Grey's new best of Album appeared on TV and they asked me to provide the voice over.
*A sinister and Eerie voice over for Hobgoblin. A very understated read for HobGoblin at Halloween.
*A nice promo hard read for a bunch KFC television commercials running in UAE was a fun session.
8*Pirelli chose my voice for a series of online videos to show how amazing their tyres continue to be.
You might have heard the Aviva radio commercial with an over enthusiastic male voice? Yeah, Me!

As an English male voice over, I voice well over 100 jobs per week and heard across the globe. Voice over work is so varied and covers most genres. So, wherever you are, what ever you need, get in touch.

Have a script and need a quick turnaround? 99% of jobs are voiced and returned the same day. Audio is sent back edited and tidy as a high quality mp3 or WAV file. From start to finish lets make it seamless

Based in West Yorkshire in the UK, I am well situated for voice jobs required quickly in Media City or Manchester. Or for voice over work in person, a quick jump on the direct train to London is easy too.

The latest version of my VoiceoverGuy App allows you to easily record unusual words, names or place pronunciations. Hit Record, Say it, Check it, Send it. Download now for iOS, Amazon or on Android.

Request a sample of your script prior to booking for style approval. Let your client hear how their script will sound with my voice and not just a random generic demo. Am I right for your product or brand?

Today's tech lets you save money on studio fees.. Come and direct the job remotely.
The Studio has ISDN, Skype, Telephone and the new IP solutions of Source Connect NOW. Lets make this easy!